WordPress vs. Ghost – A comparison between two popular blogging platforms.

Although WordPress has been around for 17 years already, Ghost is a new contender in the already crowded content management system world. WordPress has taken over the world like our storm.

Ghost started in 2013 by former WordPress employee John O’Nolan. Ghost had a successful Kickstarter campaign back in the days. During the campaign, Ghost was branded as the WordPress alternative but “just for bloggers.”

Unlike WordPress, Ghost is built on NodeJS. Both WordPress and Ghost have a self-hosted and hosted option.

Both WordPress and Ghost are open-source software. That means you can customize, edit, remix, fork the software as you want without any restriction. As both are open source, both platforms are popular among developers. 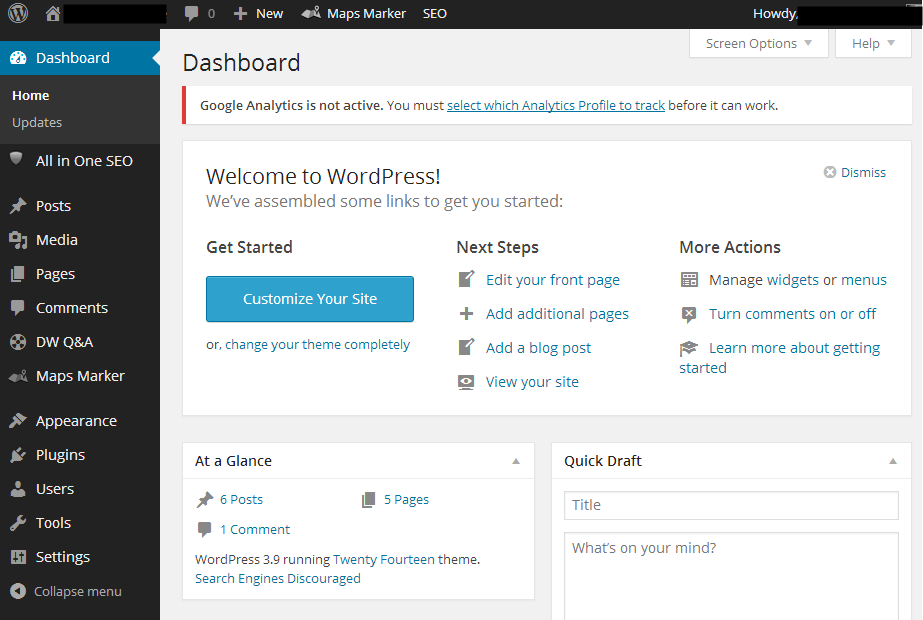 Also Read: WordPress vs Typepad vs Squarespace [Alternatives to WordPress]

Both WordPress and Ghost have built-in support for core blogging features. Recently, both the platform had new significant releases. WordPress released its Gutenberg featured WordPress 5.0, and Ghost released its second version with a drastically improved editor.

You can download Ghost to deploy on a server, contribute to its open source codebase. You can manually install Ghost on Ubuntu server, too.

Since WordPress 5.0 came out, WordPress ditched the WYSIWYG editor. The new Gutenberg editor added support for blocks. Everything from paragraphs, headings, images are now separate blocks.

On the other hand, Ghost uses a more visually appealing editor. The significant difference is that Ghost uses Markdown where WordPress uses HTML. Both editors have their pros and cons.

But if we judge just the editing experience from only blogging perspective Ghost is better than Gutenberg editor.

Similarly, WordPress user can choose from thousands of plugins to extend the functionality of WordPress. [Check our list of Best WordPress Plugins] That is not the case for Ghost. Ghost is targetting only bloggers, and they are only adding features that will help bloggers or writers.

However, it is worth noting that many features like buttons code snippet, SEO are built into the core of Ghost. When using Ghost you don’t need bloated plugins to do most simple site requirements like SEO, AMP, code injection, etc. In the case of WordPress, you have to depend on third-party plugins for enhancement and flexibility.

For experienced developers and publishing teams, the Ghost API unlocks a lot more flexibility. It’s possible to use Ghost as a Headless CMS with a static site on the front end, integrate with authoring apps to send the content directly to Ghost from anywhere, or even build entirely custom publishing apps. Kind of like the same thing WordPress did with REST API.

Both WordPress and Ghost are free to download and open source. You can host any of the web apps via a web hosting of your choice. Hostings are typically available as little as $3 per month

While WordPress is written in PHP, Ghost is written in Node JS, so you need to make sure your hosting supports node JS apps. You have to have a more technical background to install Ghost than WordPress.

You can try WordPress.com for free (without a credit card). You can also try Ghost(Pro) for free with a credit card sign-up. Both Ghost and WordPress have free open source options available for self-hosted publishers

Here’s a side by side comparison between WordPress vs Ghost

What is the difference between WordPress.org – Ghost – Ghost (Pro) – WordPress.com?

Ghost(Pro) is more like Flywheel or WPEngine, but instead of being a third-party it’s a managed service Ghost run themselves. (like WordPress.com)

WordPress.org and Ghost – both are open source software available for deployment in your own server.

WordPress Vs. Ghost – Which is Faster?

Independent tests have shown that Ghost is up to 1,900% faster than WordPress. What does that mean? In the amount of time it takes WordPress to respond to 1 request, Ghost will have already responded to 19 of them. The speed of your blog impacts everything, from search engine rankings to mobile user engagement.

The UI and user experience cannot be as fast as Ghost in WordPress. However, you can work on your pagespeed if you follow our tutorial on Top 10 Ways to Improve PageSpeed on WordPress Websites [2019]

We had set up two installations at our server.

We then checked both the sites from Pingdom Tools and found that the Ghost site loaded 65% faster than the WordPress blog. However, you should know that our WordPress installation had many plugins installed. 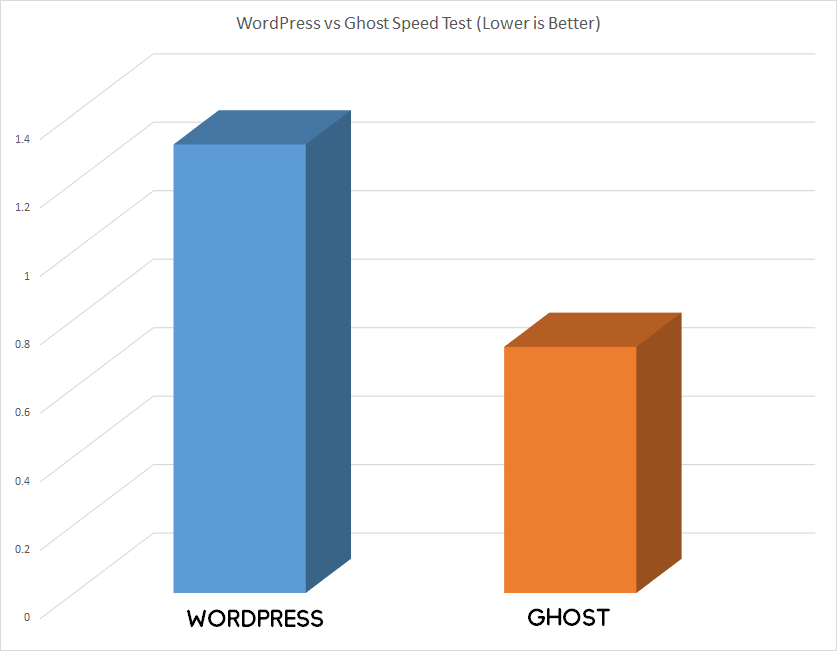 Why Should You Use Ghost as a platform? 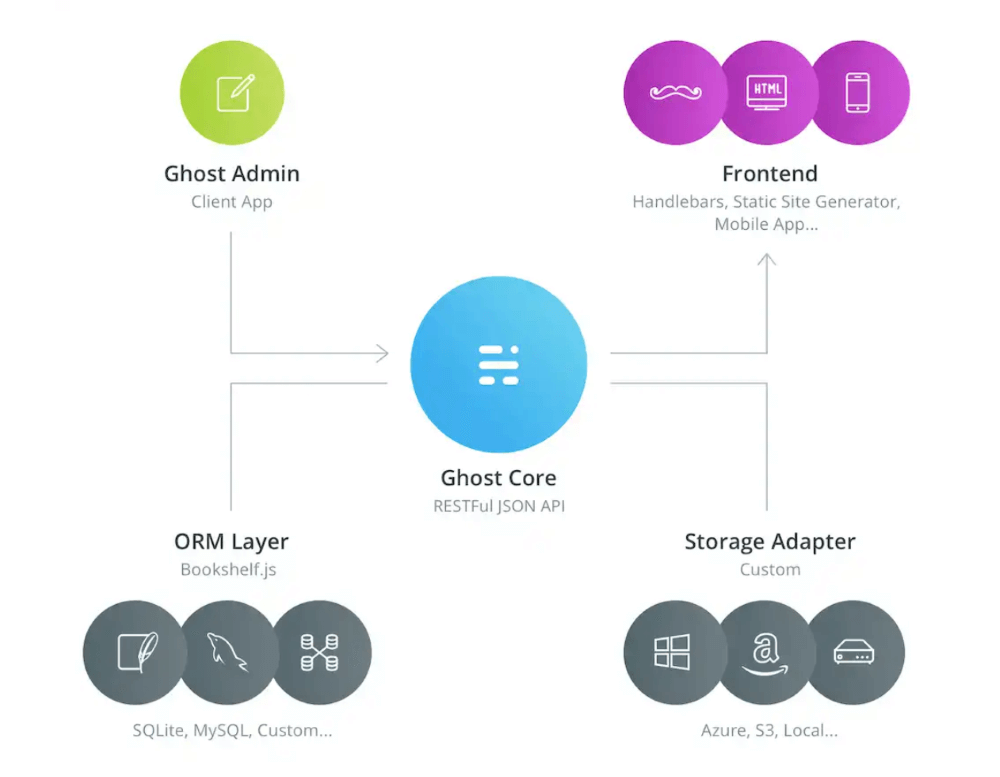 Whereas WordPress was created when PHP version 5.0.3 was around, Ghost was created to leverage NodeJS’s performance boosts and modern web standards.

Why Should You Use WordPress?

Both Ghost and WordPress have their pros and cons. Ultimately it depends on you. What do you want from your CMS? They target different usage scenarios. If you want something simpler you should go with Ghost.

However, if you want to explore, flourish your creativity, create stunning landing pages, test new theme or plugins –  you should choose WordPress. You can start creating a WordPress blog within minutes by following the tutorial below.

How to Create a Blog by Yourself in Minutes

Join over 5,000 subscribers on our newsletter to get the latest WordPress updates, news, in-depth reviews along with occasional tips on building better WordPress sites.

Looking for WordPress plugin or theme recommendations? Or research based WordPress articles?

“Easily the best WordPress email you will get.”